As of my previous post i had been previously using the “FSV2442 32ch 5G8 Race Band Receiver Module” and it was working great, however it was bugging me when I would arrive to the park and there would be some other people flying and using the channels that i was already on. Even worse i would show up to the park and there would be a couple different people flying and the second i fiddles around with the dip switches on my old VTX transmitter and figure out how to get to a suitable channel, someone else would show up and jump on that channel before i could fly, and then i would be stuck changing channels again, my last two trips i spent 30-45 minutes fiddling with the confusing dip switches that didn’t always flip to the right channels according to the paper sheet i had, i had only flew one or two flights and just left.  I decided to take another jump and try out the RX5808 Pro Diversity module as it was on sale at the time so i ordered and waited…

Step:1 Make sure it works 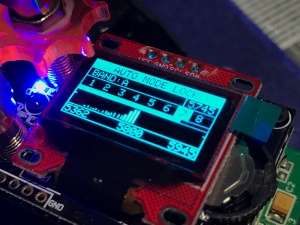 The First thing I wanted to do was to make sure the darn thing worked, so i disassembled my teleporters, unplugged the old module from the header port and plugged the diversity module in. Powered it up with the stock Fat Shark lipo and it worked right out of the box, great! This was a major relief because up until this point everything was somewhat of a guess and see type of deal, all the pin-outs matched, and the compatibility with the Race Band module from Fat Shark went without a hitch but the new module was way more complicated and i couldn’t know for sure until i made the plunge and just went for it. 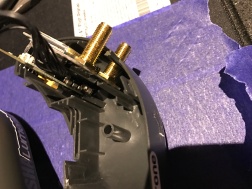 The Next issue, how the heck do i fit this into my goggles and close up the case, my Teleporters doesn’t have a recessed “bay” like the dominators do, so i guess the first thing to try would be to just see what i could do, they obviously don’t fit as stack with the receiver, switch board and lcd board all as one, so I unscrewed and popped off the black board that holds the rotary switch as well as holds the LCD screen board onto it and tried placing just the receiver, great fits pretty good but the goggles just don’t close shut, so i poked around and seen that it wasn’t sitting fully into the goggle mount, you need to trim the support piece down a bit (see photo above). i just cut it straight down with a hobby blade and then used some needle nose pliers to move it back and forth until it snapped off. I had already made a second hole below the current antenna port to access the dip switches for the Race Band module, so i basically just cut two straight lines to connect those two holes and make one single hole. After that it snaps shut no problem and you could use them as is, i actually didn’t try to see if this would work, i would imagine it would however you wouldn’t be able to switch channels, control or view anything, and really i didn’t buy this module for diversity so much as I did for the screen and the software so i can scan the airwaves and see what channels are in use and adjust appropriately. 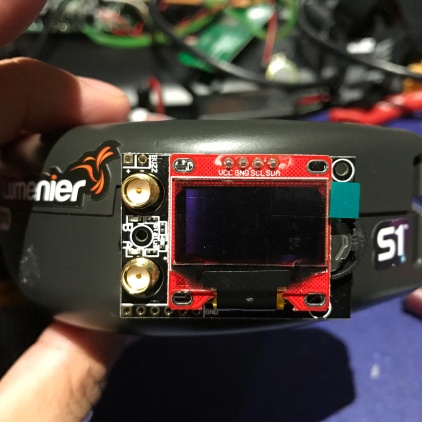 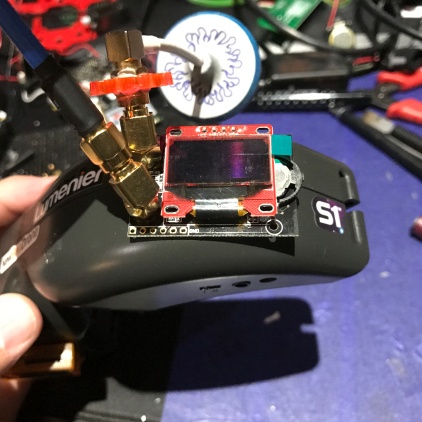 I went about trying to figure out how to connect the display and switch assembly, it looked as if it could fit outside while leaving the radio assembly inside the goggles, this would minimize the extruding pieces and hopefully still allow me to use the stock carrying case to transport my goggles.

I measured and determined the connector on the two pieces to be a .050 pitch micro terminal and figured i could just either find an extension cable or make one out of some connectors. I lined up and cut out a hole where the radio would connect to the switch board and even test fit the antenna to see if they would still screw on (now that i think about it im not positive they were 100% screwed in so this might not have worked anyways.) but after going to the local electronic component store and buying a handful of .050 pitch connectors I found out that even though the connectors were the right distance apart, they distance they are on from the second row was slightly off and the connectors i bought didn’t work

As I had commented above i wasnt sure about the antenna fitting into the SMA connector all the way i decided to take another route…. 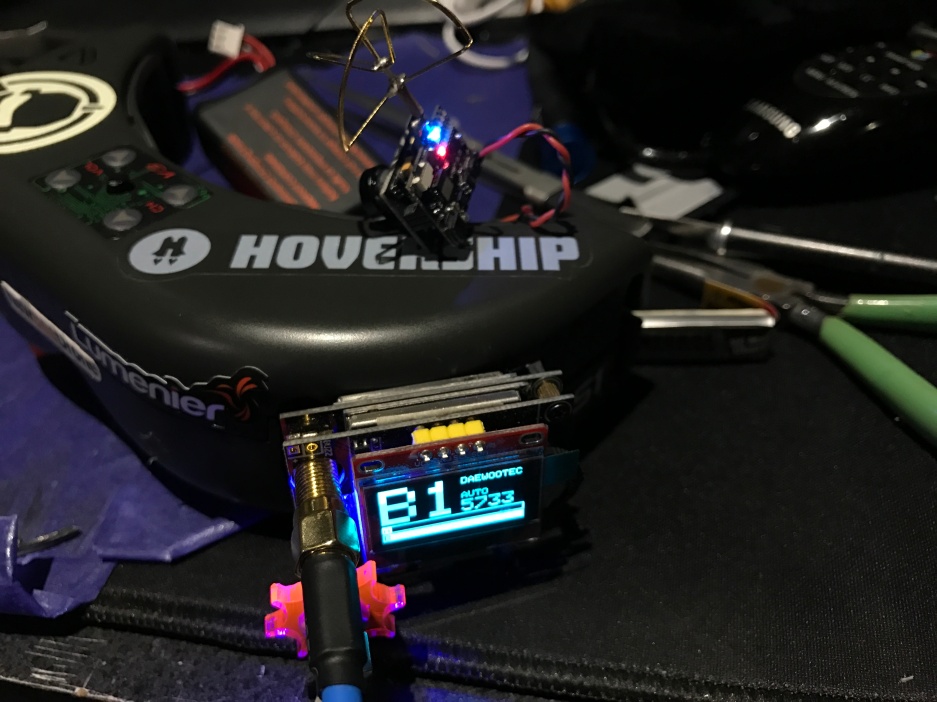 I had some leftover connectors from the last article where i replaced the module from hard soldered to a female receptacle socket with tall legs, so cut off another row and plugged it in, then I quickly (aka crappily) cut a slot to accommodate the headers sticking out from the goggle case, did a quick test fit and decided it was good enough for now (I had other projects going at the time that had a deadline called Christmas, so i wanted to get this done and working) I grabbed a hot glue stick I had in my toolbox and used a torch to melt it to reinforce the connector against the case to last until could come up with an alternative mounting method that was a bit longer lasting and more durable. Until then the connector is snug enough that if i bent over or move my goggles around it wont have any issues falling out, i might add some velcro to the back of the module to try to hold it on better but for now it holds on pretty strong. 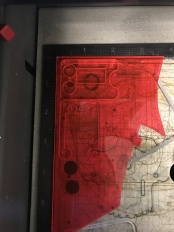 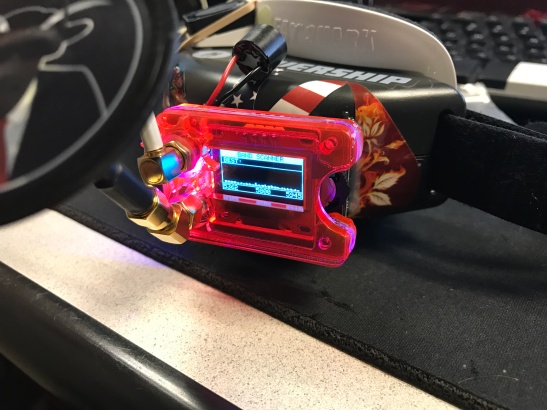 I did some measurements and cut out a few pieces of acrylic to help protect the screen in case i dropped my goggles and the such, however in the end i just felt like it added unnecessary bulk to the whole unit, Im thinking about 3d printing a cover for it to help it blend in a bit better  with the case and not stick out so awkwardly but i haven’t 3D printed anything in a while and i dont even know if my printer is working right now. 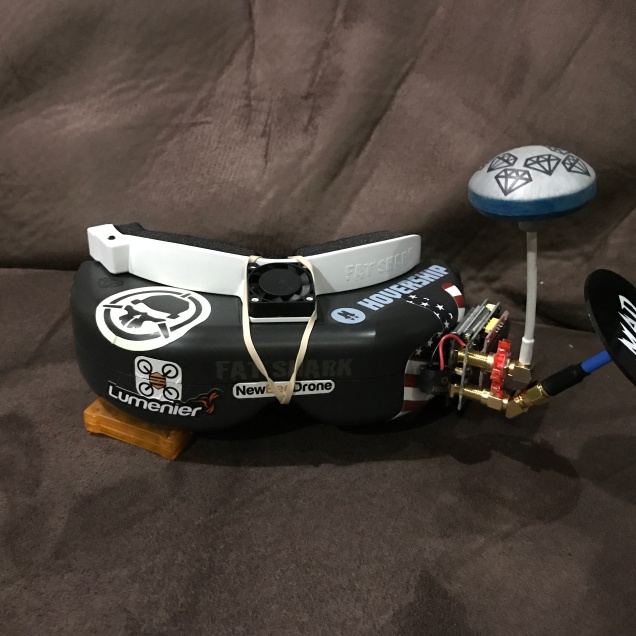 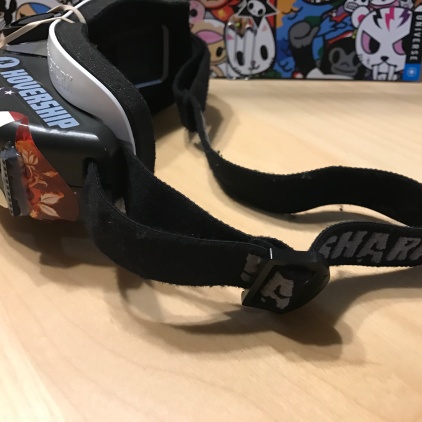 The next addition was the dominator face-plate with fan so that the goggles can fit more comfortably on my face with the added bonus of having a fan for when the lenses get foggy which they tend to do often. I went with the white one but they also have them in black. if you don’t want them to be as conspicuous. The foam and faceplate as a whole is a easy install, you pull the cups out, and place this on, it doesn’t really “clip” to the goggles but it fits pretty nice, i wish they created some sort of retention clip to hold them onto the goggles but maybe the Dominators have them, im not sure. Since i have the new module all the channel options is controlled through the rotary switch thing on the module itself so i don’t need access to the stock buttons, so covering them up with the fan isnt that big of a deal. I was pretty supervised that the air gets channeled internally through the faceplate into where the lenses are so the only mod necessary to mount this would be some way to adhere it, and a small hold under the fan mount to accommodate for that little button in the middle, it doesn’t affect the fan at all. the two issues i have with these are since i don’t have them mounted permanently they are a bit loose since they are just being held in place with a rubber band right now, this lets a minute amount of light through if your facing the sun or a lamp, nothing too crazy i can deal with it and if you mounted yours (semi)permanently it would probably seal better. The reason for using a rubber band at this moment is because the button its covering allows you to kind of like zoom out, i don’t know the purpose of it besides maybe defaulting to a 4:3 ratio or something but when you power the goggles on the image is zoomed in, so you have to press the button once to unzoom it and then from there you don’t have to do it until you power them down. I think i plan to buy a micro switch and wire it in parallel to the current switch and mount it to the side, this will allow me to mount the faceplate on with velcro or glue and get a better seal.

Ok so to recap

Thats it for now, ill try to go more in depth with the diversity module in another article, i kind of want to try to maybe power the module up separately and just use it as a band scanner and/or maybe hook it up to a portable screen.